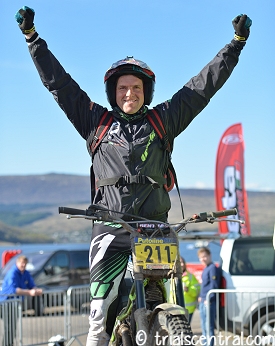 This could be you!October normally means two things in the sport of Trials – firstly the famous Scott Trial takes place and secondly, it’s the time of year when entries for the equally famous Scottish Six Days Trial open - and this year is no exception. The Scott Trial is this weekend and SSDT organisers have announced that entries for the 2016 edition of the event, which will take place from 2nd till 7th May, have now officially opened.

As with last year, entries can be made online via the SSDT Website by clicking here. Entries will close on Tuesday the 8th of December with the usual ballot taking place in late December and riders informed of their entry status early in the new year.