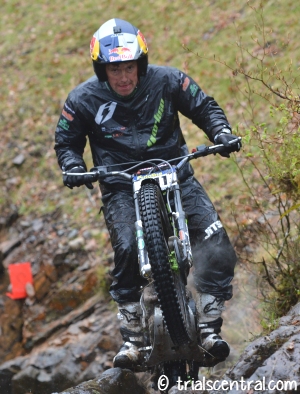 Even having recently turned 40, Dougie Lampkin will be a favourite to lift his tenth SSDT victoryNext week will see the annual coming of the World famous Scottish Six Days Trial (SSDT) - Monday 2nd to Saturday 7th May - to its now recognised base of Fort William in the Scottish Highlands, as riders from the far corners of the globe once again gather for what remains widely regarded as the ultimate test of man and machine. Last year's winner Dougie Lampkin - Vertigo headlines a full entry of almost three hundred competitors, those being the fortunate riders who survived the heavily oversubscribed initial ballot.

Incredibly Lampkin will be looking to secure an unprecedented tenth win in the Scottish Highlands, with the now forty-year-old having already claimed four more victories than the next best pairing of Sammy Miller and Mick Andrews who each hold five SSDT titles. Dougie's desire to keep his hands on the winner's trophy will be deeper than ever following the recent and sad passing of his father Martin after a year plus battle against cancer. Martin himself was a three times SSDT victor, his hat trick of triumphs coming on the bounce in 1976 / 1977 / 1978.

This year representatives from twenty different nations - including riders from Japan, New Zealand, USA, Sweden, Andorra, Switzerland, Denmark, Holland plus the more usual European countries and home nations - will present themselves and their carefully prepared bikes to the parc ferme located in the lochside West End car park on Sunday 1st May for the initial inspection process and ahead of what again promises to be six gruelling days in the saddle.

The traditional bagpiper will lead the first rider away early next Monday morning before the competitors make the relatively short journey to the opening sections of the week at Leanachen. The nearby Nevis range facility means this is a popular and easily accessible vantage point for spectators before the competitors then head over the hill with the first day of action coming to a close, after the likes of Bradilieg, Loch Eilde Mhor, Cnoc a Linnhe and at the formidable Lagnaha group.

Whilst next Monday's route will be familiar to most, Tuesday's offering is sure to throw up a few surprises with several new groups of sections getting the day underway thanks to the continued efforts of the SSDT team who are constantly searching for new tests for the riders, many of whom return to the event year on year. 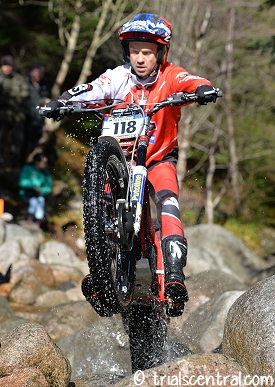 Local hero, Gary Macdonald will be out to go one place better after finishing runner-up last yearWitches Burn and Trotters Burn, two absolute Scottish classics are sure to provide a great end to day two. Wednesday is always a landmark in every SSDT as those remaining riders take heart from reaching the midpoint in this hundred-year-old plus competition.

History confirms that the last three days of the week often prove to be the toughest, starting with Thursday's one hundred and twenty-one-mile route that takes in iconic groups such as Chairlift, Ba House, Gorton, Lochs Wood and the sometimes decisive sections at Fersit. With day four done the riders always look forward to Friday's trip around the peninsula that faces Fort William and the return ferry journey at the end of which will confirm that the finish line is now in sight. Whilst short in overall distance, Saturday's routing never provides an easy ending with the winner often never decided until the grand finale on the lower slopes of Ben Nevis ahead of the champion elect signing off with the last, sometimes nervous, ride of the week up Town Hall Brae.

The start of the 2016 Scottish Six Days Trial proper will be preluded by two days of action in and around Kinlochleven as the Pre 65 Scottish Trial, for bikes of yesteryear, which takes place on Friday 29th / Saturday 30th April ahead of the now traditional main SSDT opening parade in Fort William town centre at 3pm on Sunday 1st May.

Daily spectator routes / maps and a full rider entry list can be found in the official SSDT Programme - now on sale at various local outlets in the Fort William area.