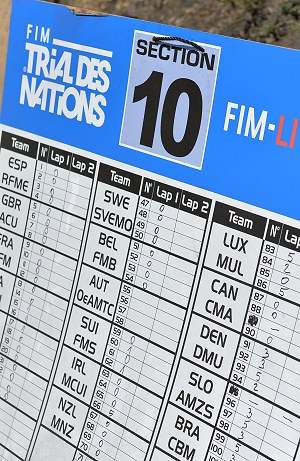 This Sunday the all-conquering Spanish team once again start as odds-on favourites to lift the FIM Trial des Nations trophy for the thirteenth straight occasion and a mighty twenty third time in total since the event was first staged in 1984, despite France, the host nation this year, winning on the first four occasions.

The 2016 FIM Trial des Nations, which brings the outdoor season to a close on Sunday, following the final round of the Women’s Championship on Friday, and the FIM Women’s Trial des Nations on Saturday, will take place in the ski resort of Isola 2000, in the southern French alps.

This year there is a change to the rules in that teams will comprise of just three riders instead of the previous four and Spain go with ten times FIM Trial World Champion Toni Bou – Repsol Honda, vice champion Adam Raga –TRS and Albert Cabestany - Sherco, fourth in the final 2016 standings. Jeroni Fajardo - Vertigo a member of the winning squad on the last ten occasions, is the rider who misses out.

The International Trophy Group boasts no fewer than eighteen countries and picking a winner is almost impossible. The last five years has seen the Czech Republic and Germany trade victories with three wins for Germany and two for the Czech Republic. The Czech Republic were on top in 2015 and go with three riders from last year’s winning team (Jiri Svoboda misses out) Martin Kroustek - Vertigo, Martin Matijicek – Gas Gas and Marek Wunsch – Gas Gas hoping to retain their title.