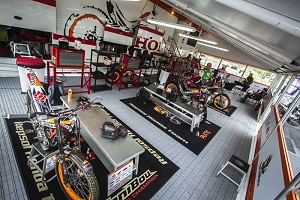 The Andorra Trial Grand Prix gets underway his weekend and could prove to be a crucial one for the Repsol Honda Team. Toni Bou, currently world championship leader, will be seeking to distance himself yet further from the closest pursuers. Likewise, Fujinami and Busto will be vying for top positions.

The Andorran trial – the sixth round of the season – will be held in Sant Julià de Lòria this coming Saturday and Sunday, July 4 and 5. Toni Bou, after a spectacular opening spell of nine victories on the spin, finished second in last week’s French GP and sees the win-counter reset to zero. The nine consecutive triumphs since the championship kicked off in Motegi mean the Repsol Honda Team maestro still holds a substantial 34 point surplus over the nearest contender.

Takahisa Fujinami, currently holding fourth spot overall, will be hoping to replicate the solid results from last weekend that saw him grab a podium place and valuable points on the championship table. The riders will have their work cut out as the race once again takes to high-altitudes, which are likely to affect both rider and machine performances alike.

Repsol Honda Team youngster Jaime Busto continues to hone his skills in the first year in the top-flight of the FIM Trial World Championship. With no concrete goal to aim for, the Basque rookie might just spring a surprise in conditions well-suited to his aggressive style of riding.

The course will be a twelve kilometre run to be completed over three laps and will include twelve sections.

Once the Andorran legs are completed, the trial world championship will be two-thirds completed leaving only the GPs in the United States, Portugal and Spain still to run.