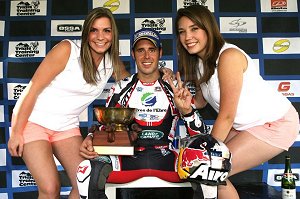 Following a brief pause in proceedings the 2015 FIM Trial World Championship will continue this weekend coming as round seven of the series is hosted on the opposite side of the Atlantic at Stepping Stones, USA. This marks the second and final flyaway event of the current season with the action having stretched from Asia to America during this year’s campaign. The USA has a great history with the sport of Trial, having been part of the FIM Trial World Championship since it was inaugurated way back in 1975. Over the following four decades the ‘States’ has hosted Trial GPs on a regular basis, the last encounter on American soil and the last time the Wagner Cup was presented being at Sequatchie in 2013. The Wagner Cup is presented to the winner of the US Trial GP and celebrates its fortieth anniversary this year.

During the early years Malcolm Rathmell, Martin Lampkin and Charles Coutard were among the winning names on the now famous Wagner Cup before America’s very own Trial legend Bernie Schreiber twice took victories at his home GP. The second of his wins proved to be Schreiber’s last on US turf and came in 1979 during a season when the towering and charismatic figure seized the FIM Trial World Championship. To this day and thirty-six years later, Bernie remains the only American rider ever to claim this most coveted prize in Trial.

Tarres was to continue his winning ways at the US Trial Grand Prix through into the next decade as he was again victorious in 1990, 1994 and 1996 to add to his previous two successes and to take his tally to five American GP wins to leave himself joint second in the all time winners list for this particular event. A baby faced Dougie Lampkin was then to declare himself the new American President as he notched up four triumphs before the turn of the new century. During the latter part of the 1990’s Lampkin’s reign was twice interrupted, first by Marc Colomer and then by his British compatriot Steve Colley.

With no US GP in the actual year of the new millennium, American Trial fans had to wait until 2001 before the FIM Trial World Championship returned stateside. On this occasion it was Adam Raga – Gas Gas who shared the spoils with Lampkin over the two days of competition in Goldendale. This marked Raga’s maiden Trial GP win and was his first of five in America to see him draw level with Tarres in the all time US rankings. Dougie claimed two more wins in the USA, these both coming in Duluth – 2002 and 2005 – to take him to the top of the pile in terms of triumphs on American soil. A place he still holds today with seven wins in total.

Over the last decade it is Takahisa Fujinami- Repsol Honda who has shown his liking for the Wagner Cup. The highly popular Japanese rider has won the US Trial GP 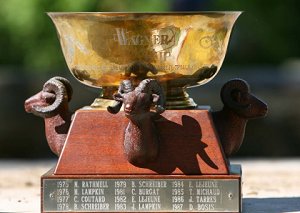 a further four times since his initial triumph in Duluth in 2002. With five famous American victories to his name Takahisa sits second in the all time US honours list beside Raga and Tarres, but still two shy of his great friend Lampkin who has now retired from the series. However both Raga and Fujinami have the opportunity to increase their respective tallies as they compete in this weekend’s Trial GP at Stepping Stones.

One man who will be looking to improve his showing at the Wagner Cup this time around is reigning champion and current series leader Toni Bou – Repsol Honda who has only ever won once in America, that being back in 2008. Moreover having been beaten by Raga three times in a row at recent GPs never has it been more important for Bou to fully exploit his forthcoming trans-Atlantic trip.