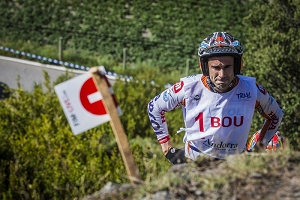 The riders of Repsol Honda Team will arrive at the world championship’s seventh stop-off at the Stepping Stone Ranch, in the United States, highly motivated and eager to continue the season’s successes.

Toni Bou heads the overall leaderboard with a 28-point advantage and will be particularly fired up at the thought that two wins in the U.S. event could help in his run for a record-breaking ninth championship title with only the GPs of Portugal and Spain still to run.

Repsol Honda Team colleague Takahisa Fujinami shares an equally ambitious goal after a long struggle to overcome a right knee injury. After several partially satisfying results, the ex-champion will again be looking for victory. The United States GP is one of the preferred outings for the Japanese rider who currently lies in fifth in the overall rankings.

Repsol Honda Team rookie, Jaime Busto will be looking forward to the event and is hoping to bring some memento back home from his first visit. Busto holds sixth place overall and picked up his season’s best with a fourth place in the Czech Republic.

Saturday and Sunday’s trials will take place at Stepping Stone Ranch, a park dedicated to trial in Rhode Island. The route on both days will play out over 10 kilometres with 12 sections in each. Riders tackle the circuit three times.